or his debut feature, THE LOOMING STORM, director Dong Yu created an atmospheric, imposing backdrop to heighten his story of the fears and foreboding of China’s changing society in the late 1990s.  Asian Film Festival, Director Dong spoke with LMD about insanity and obsession, and praying for rain.
Dig it!

The Lady Miz Diva: THE LOOMING STORM is based on a real incident, the Baiyin case.  What was in about that case that inspired this film to be your first feature?
Dong Yue:  When I started researching for the movie, I researched on a lot of things from the 90s.  When I looked at a lot of criminal cases -- because I thought they were interesting, and they could make an impact on the movie -- and I found the Baiyin case, and it jumped out at me, and I started reading a lot on it.
In fact, when I was constructing the plotline, the Baiyin case was not solved at that point.  They had not discovered who the real killer was, when I was still writing the story.  After I started looking into the case, and I really developed my story.  I only based very loosely on the real case; it wasn’t a strict replication of the Baiyin case

LMD:  While you’ve set this awful series of murders as the backdrop, I think the real heart of the story is revealed at the beginning, with Yu explaining that his name literally means ‘unnecessary remnants of a glorious nation.’  1997 was a year of tremendous upheaval in China, and people had to adapt very quickly.  Was Yu was meant to represent those who had trouble adjusting?
DY:  Your interpretation is accurate.

LMD:  Is inability to adapt one of the reasons Yu is so manic?  I was unnerved by his Party-perfect enthusiasm for the factory.  Giving a big cheer after winning the award in front of the other workers.  I feel like he represents the China of the past, while his lover, Yanzi, looks forward to the future, and is already making plans to move away from their town and start a new business.
DY:  Yes, they are individual cases in two communities.  Two groups of people whose ideologies are fundamentally different.  I wanted to use an extreme way to show the extremities that could happen to two people.  The decisions they make in the circumstances they were facing were extremely different because of their fundamental differences.

LMD:  One of the most frustrating things about Yu is his refusal to see he’s wrong in any way.  He just will not stop his investigation even after the police tell him to cut it out.  He’s very bullheaded, and it causes terrible results for his partner, Yanzi, and a complete stranger.  I wondered if his refusal to see sense or bend was also part of the larger allegory of his character?
DY:  Yes, I would say that.  He is just one of a very large group of people whose whole sense of honor and pride were molded into their current state by the political regime.

LMD:  It’s chilling to watch him slowly going mad and disguising his insanity and obsession as justice or law.  I began to wonder if he hadn’t done the killings?  Was that something viewers were supposed to think?
DY:  No, that was not my intention.  My intention was to tell a story of the process of becoming mad.  Of an average individual who has become so obsessed with this one mission that he loses himself in it.  And because of the specific social context and atmosphere that he was in at that time, he was not able to think or reflect on his own actions.  So, he just goes down this route, and becomes more and more buried in his obsession.
If were talking about culprits, I actually wanted to explore the role of the environment that these individuals are in as partly what drove these individuals to their demise.

LMD:  Part of my thinking of that theory came from the moment after he is released and returns to the abandoned factory, and the old man doesn’t know him. The old man tells him no one from Yu’s department would have received the model worker award?  That made me wonder if the whole idea of himself being this upstanding, respected security guard wasn’t all a dream?
DY:  There is no right answer to the question of whether it really happened or not.  What I wanted to explore in that scene was that Yu has been living in his own head for so long, obsessed with his own story; that moment of glory was so important.  When somebody else who is not himself comes out and tells him that his story is not right, he is stuck, because he cannot verify it in any way.
I also believe that we as individuals also sometimes have experiences like this, where we cannot go back to verify whether something we remember is indeed true, or not.  So, the only thing we can do is to leave it in the past.  Perhaps, in some cases, we will reassess ourselves in relation to this different account of our own memory.
We don’t know whether Yu will be able to do that for himself; to reassess and review his life in that way, but for the audience, I want to show that even though the award ceremony was the most glorious moment for Yu, for other people, for outsiders, it was worthless.  That it was not even worth remembering, at all. 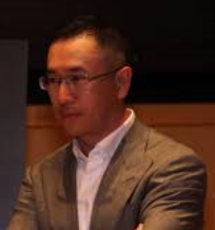