Beginning his career as a model at age 15, Takumi Saitoh has made his mark as an actor, singer, photographer, radio host, and blog writer.
Saitoh spoke with LMD about his experiences on both sides of the camera.
Dig it!
​The Lady Miz Diva:  After watching RAMEN SHOP, I guess the first thing I want to ask is, how is your cooking?
Takumi Saitoh:  My parents own a restaurant, so I did a lot of cooking, already.  This time, for the first time when I was training before shooting, I was trying to make a lot of ramen soup in my house, but there was too much smell.  That was not fun.

LMD:  How did you become attached to RAMEN SHOP?
TS:  Eric Khoo is a special director.  I liked his movie, TATSUMI, and his other films.  His films have never been shown in Japan, only TATSUMI.  But, I understood his wanting to show Singapore to the world, and he made a lot of strong creations.  I respect him.
He was looking for a Japanese actor.  Of course, I wanted to try to audition.  So, we did a Skype audition maybe two years ago; that was our first contact.

LMD:  So, this had been in planning for a long time.  What was it about the character of Masato that made you want to pursue it?
TS:  Masato is like myself.  His mother is Singaporean, and his father is Japanese, but he doesn’t know Singapore culture, or history.  His father dies, and he follows his parents’ memories to Singapore.
For myself, this was my first time going to Singapore with this shoot.  I felt everything in Singapore, the food, the people, and the culture; like a documentary.  My parents are Japanese, but I really felt emotional about Masato.

LMD:  As you mentioned, this was your first time visiting Singapore, so I’m curious what was it like for you to film in this new location, and interact with the international cast?
TS:  They were so great.  The actor who played my uncle, Mark Lee, he is a comedian, and a singer, and a director.  He was always joking, and he always had an open heart.  I really like him.  We did a lot of talking like a real uncle and nephew.
A lot of the scenes were ad-libbed, which is a specialty of Mark Lee.  A lot of scenes between us were not in the script.  He spoke in new words to me, and I had to capture his words, his sentences, so I had a fresh reaction.  Eric Khoo didn’t do screen tests between us, so everything was very natural, but really scary. {Laughs}  Mark gave a lot of new situations to the script.

LMD:  So, this occasion where you had to ad-lib, or improvise, was that new for you?
TS:  Yes, it was.  As an actor, there is a feeling of restraint, or constraint, when you work with a script, and to work with a structure, in that way.  And Eric, as well as myself – I also did this with my own work – we’re both trying to capture a lived-in time, and to capture these real moments.  Of course, it is not so much the challenge, but I actually think this approach is the correct way of approaching.  So, I spent as much time as I can to live as Masato, so whenever I needed to start acting, I could react this way.

LMD:  You can feel a lot of warmth between the cast members.  How much time did you spend offscreen building the bonds that we see onscreen?
TS:  Actually, that feeling of warmth was there to begin with.  Maybe that speaks to Eric Khoo’s character, or person, himself.  One thing I did notice, that is perhaps different from Japan; in Singapore – and I also found this in Korea – food is actually seen as a very important place; a place of communication, a place for bonding.  And so, breakfast and lunch, I was often asked, “Takumi, have you eaten?  Have you eaten?”  That was a very important place in order to create these bonds; and through food, we did establish a lot of friendships through conversation.
I’m not sure whether it’s a calculated thing, or maybe that is something that is true of these countries and the way people live there, but I definitely felt that the more I hung out with them, the more food I ate with them, I liked the cast and staff more and more, and they became like family to me, and I feel like that is shown in the film. 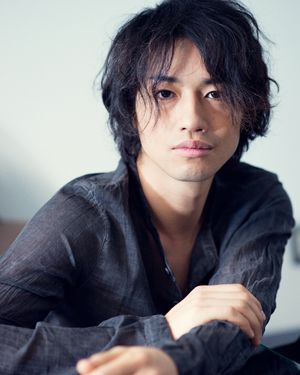