MICROHABITAT tells a singular and excellently acted tale of a young Seoul woman being pushed out of society and off the grid by the pressures of poverty and homelessness.
Making her directorial debut, Jeon Go-woon, and Actor Ahn Jae-hong spoke with LMD about the meaning and collaborative effort behind this award-winning film.
Dig it!

The Lady Miz Diva:  Director Jeon you were known as a writer, producer and actress before making this film.  Please tell us what was the inspiration behind MICROHABITAT?
Jeon Go-woon:  I think it starts from two points: The first is that especially the housing market is very overheated, right now.  So, at the time, I was really feeling this sort of rage at the rising housing costs in Seoul.
Also, the Park administration was in power at the time, and the price for cigarettes was also raised during that time.  So, I was really feeling a lot of rage toward these two points, and I really want to talk about that in this story, so that’s how it came about.

LMD:  Miso goes without many life necessities, including a home to have her daily whiskey and cigarettes.  What do they mean to her?
JGw:  I think, and as you see in the film, it does depict how difficult it is being on your own as an adult, and having your own space.  And I feel those two things; namely whiskey and cigarettes, it’s something that you can only be able to start having once you’re over 18.  So, it is, I think, representative of adulthood, in a sense.  I don’t know if whiskey is a common beverage here, but in Korea, at least, whiskey is something that is quite expensive, and not something that you can have every day.
I also think that whiskey and cigarettes is a metaphor for how reality is something that is difficult to sustain without getting drunk on something.  And those two things have something bad; {that} she’s able to get drunk on, and for her to be able to pass the difficulties of the reality she’s experiencing.  Also, another thing about the whiskey, is her being in a very economically poor situation, but still going for this relatively expensive beverage I think really sort of adds to her personal taste.

LMD:  Why is she this way?  After not exactly being supportive when Miso is in need, the band members talk about how much she looked after them when they were all younger.  While transitioning from house to house, Miso makes a beautiful meal for the keyboardist, completely overhauls the house of the drummer, yet she doesn’t take good care of herself.
JGw:  First of all, I think it’s sort of hard to take care of yourself when you don’t have your own space.  But when I think about it the character, Miso, I think she’s a selfless character.  I think she’s unable to see the situation that she’s in, and rather she sees more of what others are going through, and that’s why she does the things that she thinks others may need.
Because I’m not the kind of person who consciously thinks about taking care of myself, I don’t think I really thought about it in those terms that you said just now.  I guess whiskey and cigarettes, she’s doing what she wants to do with the whiskey and cigarettes.  Which may not be the most physically self-caring thing to do, but I think psychologically, it’s also something that is taking care of herself.  So, I think is a duality in that.
I also think it’s a quality that comes from people who have a lot of maternal instincts.  Like, for example, take a mother, she is really very dedicated to her child, and bringing her child up, but when you think about that, she’s not able to really take care of herself, as much.  I think that is like a character trait in Miso that comes into play.

LMD:  Are the band members meant to be caricatures of some of the expectations of today’s society? There is the hyper-driven, professional woman, the messy housewife/mom, the man in his thirties whose parents are desperate to see him married, and the trophy wife who married high and is insecure about her position.
JGw:  Rather than talk about the societal pressures, I think I’d put it a bit more simply.  I think I approached it in a way where I wanted to sort of convey the idea that to have your own place in Seoul, every one of us has to give up on something in their lives.
In the case of the first friend, she has to give up rest; there’s no rest for her.  The second one, she’s lost her dream.  The third one, he’s in debt.  The fourth one, is still living with his parents; he’s not able to become independent.  I think that’s what I wanted to convey.

LMD:  Director Jeon, you have worked with Mr. Ahn before in SUNSHINE BOYS {2013}, as well as Esom who plays Miso.  Do you find comfort in maintaining a small unit of talented people around you as you make films?  Like Martin Scorsese? {There’s a large Scorsese portrait on the wall.}
JGw: {Laughs} You mentioned SUNSHINE BOYS, but with SUNSHINE BOYS and MICROHABITAT, they are all part of a creative, collaborative – I wouldn’t say salon – but it’s a part of a creative collaborative group that we have, that have been working on these projects together.
I believe in the case of working with actors, because a lot of the films that we produce are not commercial features, I think it’s really the friendship that has grown over the years that has our actors work with us, and them being able to trust us, in a way, and that trust being within this group as ourselves.  So, yes, I think the creative collaboration, that sort of atmosphere does sustain and keep us going.

LMD:  The engine of the film are the wonderful performances.  Director, after your answer about being part of a creative collaborative group, how much of what we see on screen is the result of script and how much is collaboration with the cast, or improvisation?
JGw:  I really didn’t have any set idea for any the characters.  It was more that I had basic ideas for all of them.  Then, before filming commenced, we would get together as often as possible, and we would improvise, and I would talk to the actors.  And the more we met, I think the more the actors were also able to open up, and give themselves over to the characters.  That’s how we worked on them.

LMD:  Mr. Ahn, after what director’s just said, tell us what you contributed to the character of Han-sol?
Ahn Jae-hong:  First, like director mentioned, we had a lot of meetings beforehand and a lot of rehearsals, Even on set, during rehearsals, if something didn’t feel right, she was very flexible about changing things up.
I was mostly working with Esom, and we wanted their relationship to feel real.  I think it was beneficial to our process that we kept on doing away with parts that just didn’t feel natural to us.  I think that was key in making that relationship look natural and real.  It was my first time working with Esom, but we got along really well, so we were very comfortable with each other, and I think that’s what came through in our performance.
JGw:  Just to add on to what Jae-hong said, I really wanted the love to be real and they got close very fast.  I think his contribution to that relationship was enormous.  I think what Jae-hong contributed to the character the most was that I wanted the love to feel real, and they got together very well. 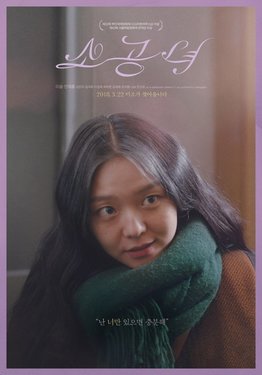